​​Janae Marks has an MFA in Creative Writing with a concentration in Writing for Children from The New School. She grew up in the suburbs of New York City, and now lives in Connecticut with her husband and daughter. From the Desk of Zoe Washington is her debut novel. 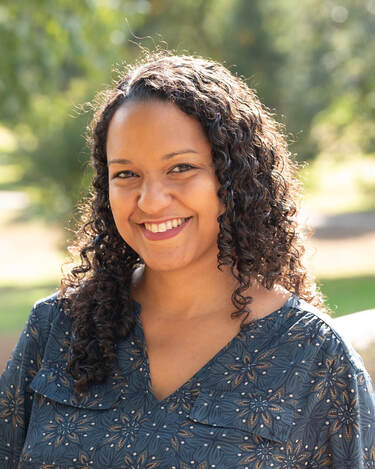 Janae grew up in the suburbs of New York City, where she always wrote. She started out writing illustrated autobiographical stories in kindergarten, and then journal entries, stories to submit to Seventeen Magazine‘s short story contests, and letters to her pen pals and summer camp friends. She read a lot too, of course. Her books were among her prized possessions.

In high school, Janae thought she wanted to pursue musical theater. She loved being on stage, but eventually realized that she cared more about the stories than the performances. While getting her undergraduate English degree, she switched her focus to creative writing and never looked back. She took a literature class on "Girls’ Books," where she read Little Women, Harriet the Spy, Weetzie Bat, The Golden Compass, and others. She remembered how much she loved stories for children - and still connected with them, even as an adult. That love only grew when she got an MFA in Creative Writing (Writing for Children) from The New School. She’d found her passion! After college, she got an inside look at the publishing world while spending seven years working for a Big 5 publisher. Now, she lives in Connecticut, and when she’s not writing fiction or working in education, she’s spending time with her husband and daughter - at the beach, when it's warm enough!

Janae wrote three young adult manuscripts before switching to middle grade and writing From the Desk of Zoe Washington. In 2017, that novel won the Tassy Walden: New Voices in Children's Literature Award in the middle grade category. Soon after she signed with her literary agent, Alex Slater at Trident Media Group. From the Desk of Zoe Washington was published on January 14, 2020 by HarperCollins Katherine Tegen Books. It received starred reviews from Kirkus, Publishers Weekly, School Library Journal and Booklist. It's a Junior Library Guild selection and #1 Indie Next pick. Her second middle grade novel will be out in Fall 2021.
© 2018 JANAE MARKS
Privacy Policy